Welcome to Spooky Sundays. Today’s interview is with Brian Paone. Brian is the founder of the Facebook group, Fiction Writing, which has played a fundamental part in my role from an amateur writer to a multi-published author. For the past seven years, this group has been growing its membership from its grassroots beginnings to nearly 145,000 members.

Brian Paone, a Massachusetts native, has been a published author since 2007. Brian has, thus far, released seven novels: “Dreams Are Unfinished Thoughts”—a memoir about befriending a drug-addicted rock star; “Welcome to Parkview”—a macabre cerebral-horror novel; “Yours Truly, 2095”—a time-travel romance novel (which was suggested for a Hugo Award, though it did not make the finalists); the “Moonlight City Drive” trilogy—a supernatural crime-noir series; and “The Post-War Dream”—a historical war fiction novel.

Brian has been a professional editor since 2014 and has edited almost 700 manuscripts for authors from all over the world, in all genres.

Brian currently lives in Fort Belvoir, VA with his wife—a Commander in the US Navy—and their four children. He is a retired police officer and worked in law enforcement for sixteen years from 2002 – 2018. He is a self-proclaimed rollercoaster junkie, a New England Patriots fanatic, and his favorite color is burnt orange. And, in 2019, he fulfilled his lifelong dream of becoming the proud owner of a 1981 DeLorean!

You have what a lot of people might consider an unconventional, or even spooky, childhood. You grew up living in a funeral home, right? Can you share any spooky experiences from your childhood? Has your upbringing influenced your writing in any way?

Yeah, growing up in a funeral home and having parents who worked there (my stepdad is a funeral director and my mom is the property caretaker) made sleepovers pretty fun! Sometimes, and don’t let my parents read this, I would have friends sleep over and we would sneak downstairs to play hide and seek throughout the funeral home, and I would be the only one brave enough to hide inside the showroom caskets.

Spooky experiences? We would need a whole separate interview for that. We experienced everything from appliances turning on, knocking on doors, footsteps in the hallways, glimpses of movement from the corner of our eyes, and a lot more. I don’t think my upbringing has influenced my writing per se, but it has affected my view on death.

What is your biggest fear?

Mirrors. Seriously. I’m always terrified of seeing something behind in the reflection that might not be there if I turn around. 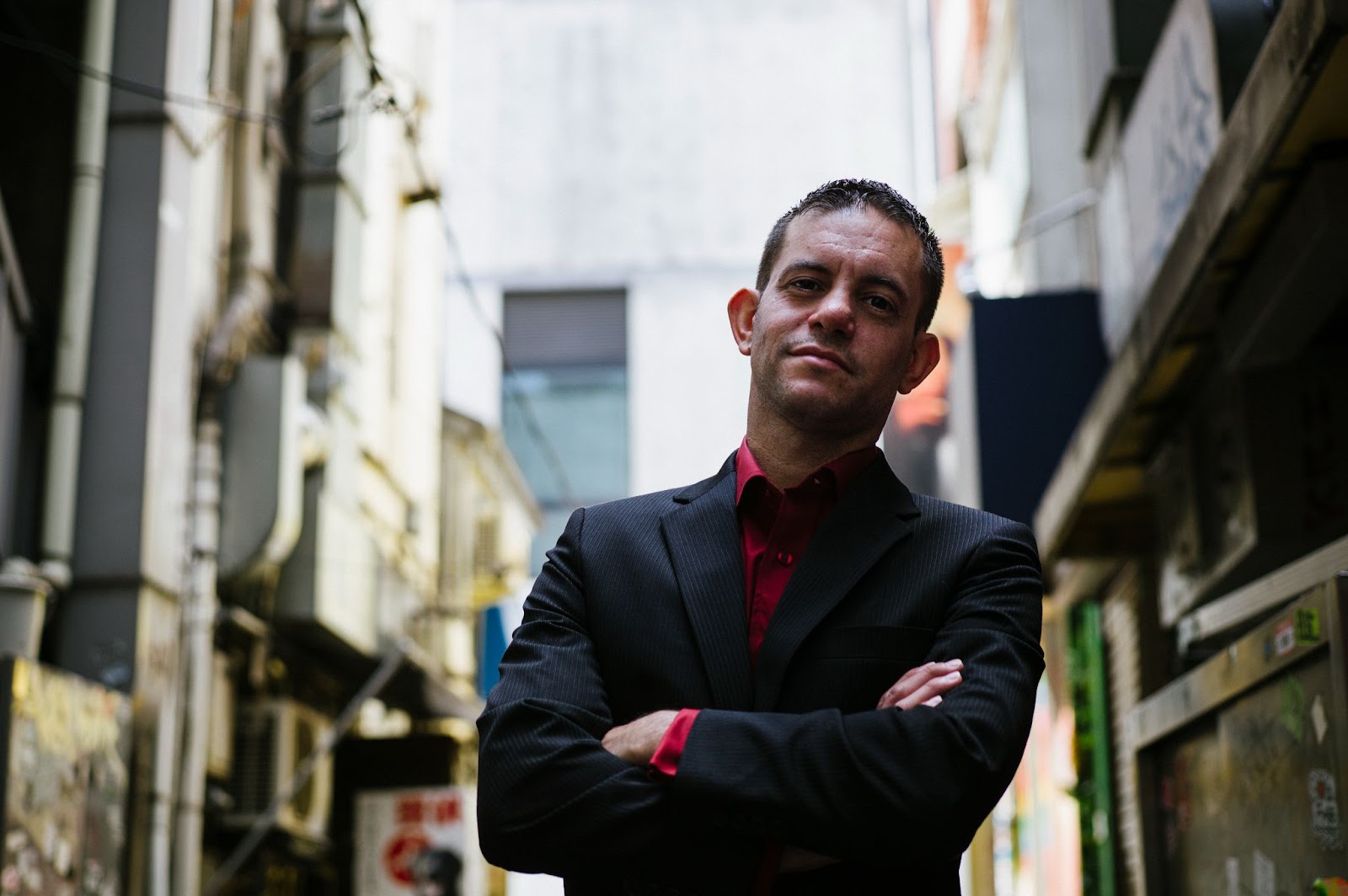 I know you write rock fiction. What inspired you to take that route? How are the stories influenced by the music? Do the lyrics come into play or is it the sound of the song?

Music is my #1 love in life. I was in 4 bands (released 7 albums total) and spent years playing shows. I have attended over 500 concerts. I listen to almost 600 different bands. However, being an author is my actual career, so I wanted to brand myself as someone who wrote about music. But not “about” music (like non-fiction or biographies.)

I have spent my whole life listening to albums and thinking about how some of them would make awesome movies (like a reader thinking a novel would make an awesome movie.) But I’m not a filmmaker. I’m an author. So I thought, why not novelize all these amazing albums instead of waiting for someone to adapt it into a film? So I take the lyrics as my outline, then make it my own and expand on everything. At the end of the day, the album may be the “source material,” but all my novels are truly my own voice and tone, the same as when a director adapts a novel.

If you could be a ghost or a vampire, which one would you be? Why?

Vampire for sure. They are way sexier. And my life goal is to bring sexy back.

The Exorcist and Insidious are probably tied for my favorite horror film, that is not Stephen King (my favorite author) or David Cronenberg (my favorite director).

What is the plot of the Moonlight City Drive trilogy? What music inspired it?

A detective is hot on the trails of a Jack-the-Ripper-style killer, but there’s a 300-year-old witch and her army of ghouls manipulating both the detective and killer against each other. The detective gets wind of this and has to make a decision: side with the witch to take down the killer or side with the killer to take down the witch. It is a completed trilogy, and part 1 is a novelization of Dog Fashion Disco’s concept album, “Adultery.” However, part 2 and 3 do not use any source material; they are completely fresh ideas from my brain.

Where can readers find you?